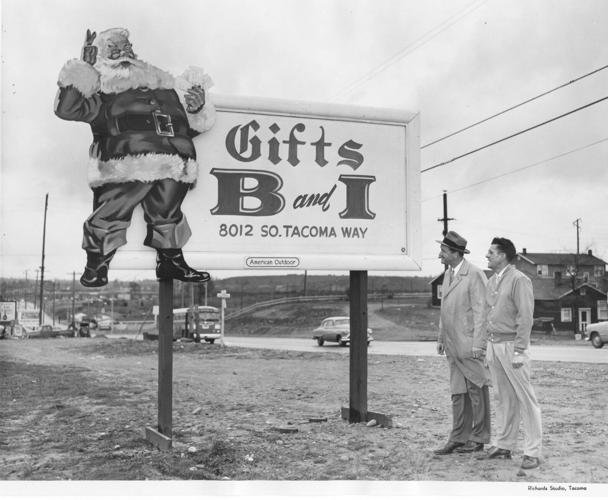 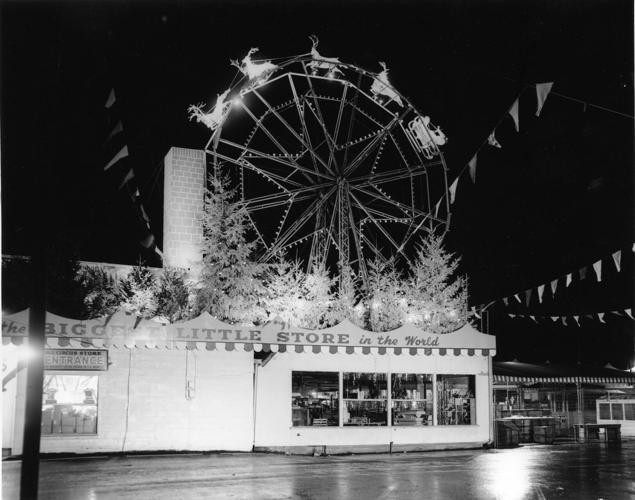 In 1954, the B&I on South Tacoma Way featured a glowing Ferris wheel. Families came to see Santa in his sleigh being pulled round and round by his eight lighted reindeer.

The B&I was opened in 1946 by Leo Bradshaw and Earl Irwin. The “B” and “I” are their last-name initials. It started small and kept growing through the years, offering all kinds of things, and eventually earned the nickname “The Biggest Little Store in the World.” In 1956, a giant Santa billboard beckoned shoppers to the store.

Lisa Patterson is the editor in chief at South Sound magazine.