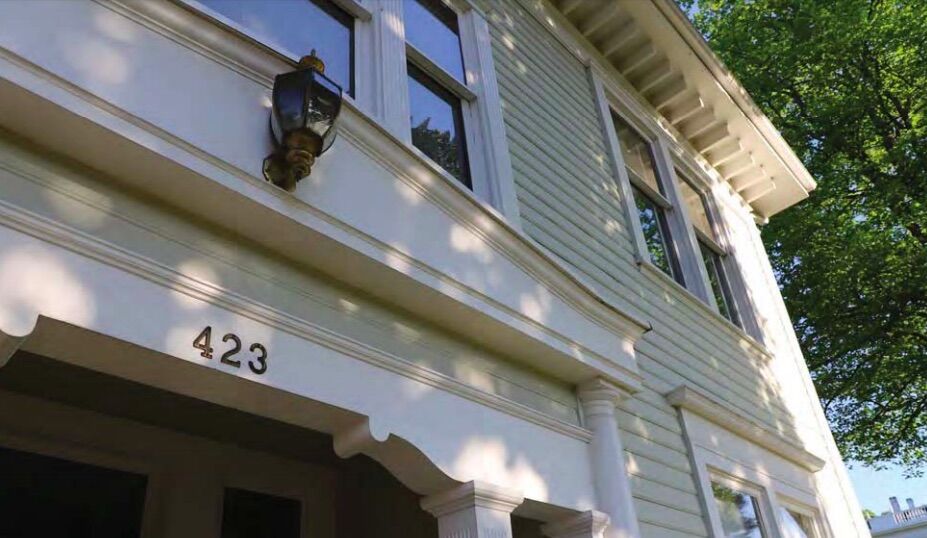 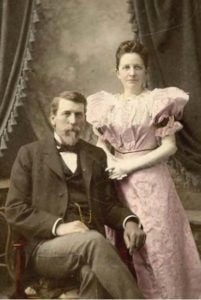 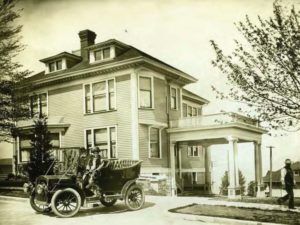 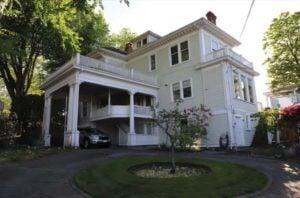 For 25 years, one of Tacoma’s most prominent business and philanthropic couples — Charles Hebard Jones and Franke Tobey Jones — lived in a large and equally prominent home in the city’s North End. Soon, the late couple’s former residence could be added to the city’s register of historic places.

The Joneses — who married in the summer of 1872 in New York state and moved to Tacoma in 1888 — are remembered today for donating $200,000 to the College of Puget Sound, now University of Puget Sound, which allowed the educational institution to construct its first building, Jones Hall, in 1924. The following year, Franke opened an assisted living community for seniors in Tacoma that continues to operate today.

Much of the Jones’ wealth came from the timber industry, which boomed around the turn of the Twentieth Century.

Franke owned a significant share of St. Paul & Tacoma Lumber Company and, in 1908, purchased, with her husband, the Northwestern Lumber Company mill in Hoquiam. She was active in developing the family’s timber operations, and even was spotted on the mill floor alongside workers when the company tested the band saw — early industry technology that aimed to improve upon the standard circular saw.

At the time of Franke’s death, she still had an ownership stakes in the St. Paul & Tacoma Lumber Company and the Northwest Lumber Company. Her will directed a large amount of her estate, estimated at $920,000, to be donated to local chapters of the Salvation Army and YMCA, as well as churches of a variety of denominations.

This month, Tacoma’s Landmarks Preservation Commission is scheduled to begin the process of reviewing a nomination to place the late couple’s former residence, located at 423 N. D St., on the city’s register of historic places. The home’s current owners, Chris and Niki Amsden, sponsored the nomination, which was prepared by Katie Pratt, an architectural historian and co-founder of Northwest Vernacular in Port Orchard.

Built in 1891 at a cost of $9,800 for Frederick Watson, a downtown Tacoma businessman, and his wife, Elizabeth, the home was originally designed by Pickles & Sutton, an architectural firm that designed the Sprague and Dougan buildings in downtown Tacoma, according to the nomination.

When the Joneses moved into the home in 1907, it was renovated by Russell & Babcock, an architectural firm that designed the National Guard Armory in Tacoma and the Governor’s Mansion in Olympia.

“The Franke Tobey Jones House is an early and well-executed example of the Colonial Revival style in the neighborhood and is associated with the philanthropic life of Franke Tobey Jones, a prominent Tacoma citizen,” wrote Pratt in the nomination. “Due to these associations and its retention of integrity, the property is eligible for listing in the Tacoma Register of Historic Places.”

Tacoma’s Landmarks Preservation Commission is scheduled to hold a preliminary review of the nomination on Weds., Aug. 28, at 5:30 p.m., at Tacoma City Hall. More information is available online here.