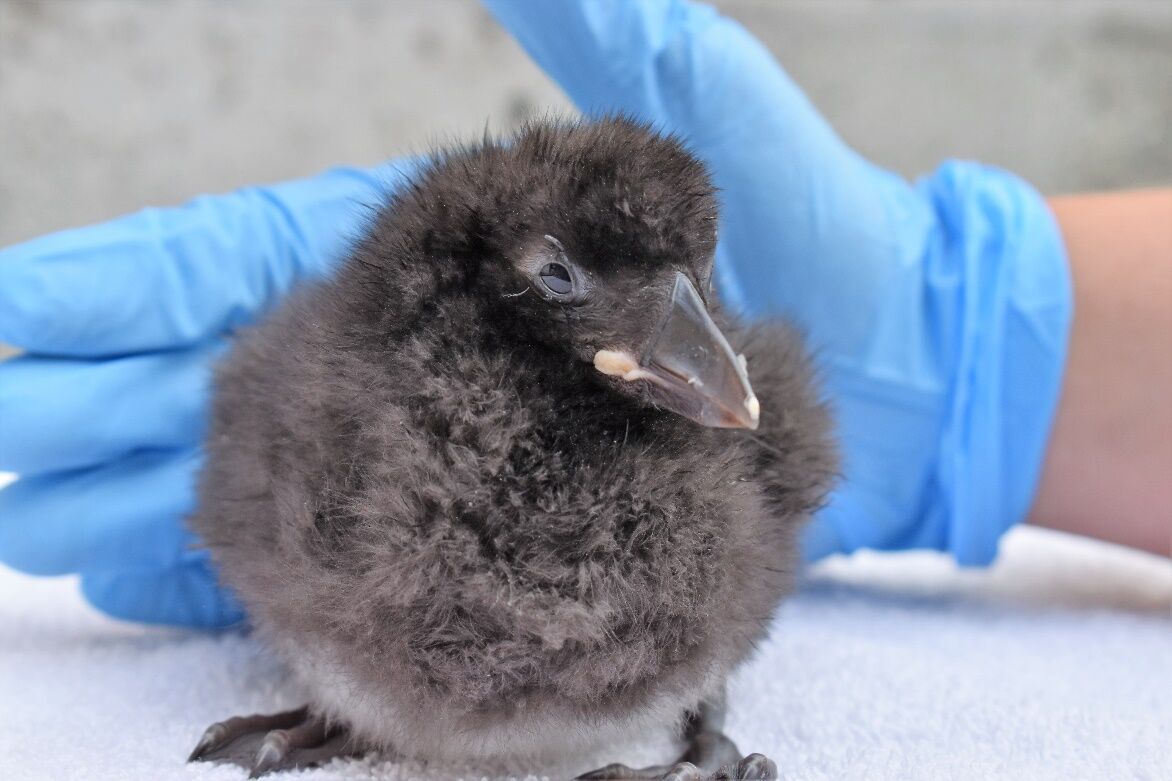 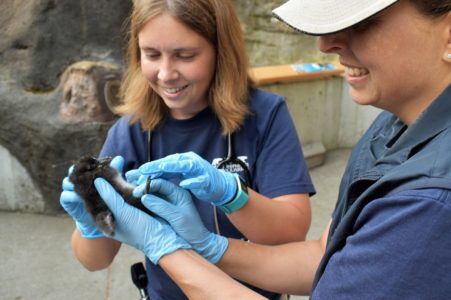 It’s hard not to let out a little squeal of excitement over the adorable, fluffy chick that is the first horned puffin to hatch at Point Defiance Zoo.

The tiny black chick weighs just 3.7 ounces, slightly more than a deck of cards, and is living in a nest box at the zoo’s Rocky Shores areas. Before scrambling to find out this cutey’s name, staff won’t know if the chick is male or female until the results of a blood sample are back to determine the gender and general health status. Spokeswoman Kris Sherman said a blood sample has been sent out for analysis, but staff won’t have the results for a couple weeks. As of now, the chick appears to be in good health, according to a wellness check performed by a zoo veterinarian on Saturday.

The chick might be visible to visitors periodically, but guests are more likely to see it’s parents bringing food to the nest box and see it’s tiny beak as it ventures to the front of its nesting box. The chick incubated for 40 days before being born last month and chicks spend 40 more days in the burrow until it fledges, or has grown old enough and gained the necessary strength and feathers to go out on its own.

As the puffin grows, it will have the black-and-white body, a distinctive yellowish-orange beak with a red tip, and bright orange feet and legs. Horned puffins are typically found on the coast of Japan, Russia, British Columbia and Alaska, and they winter in the ocean as far south as Washington’s Coast.

The zoo has been home to four adult horned puffins since October 2014.